Joe Henry sings, speaks in honor of his great mentor at Nashville launch of Lloyd Sachs’ “T Bone Burnett: A Life in Pursuit” 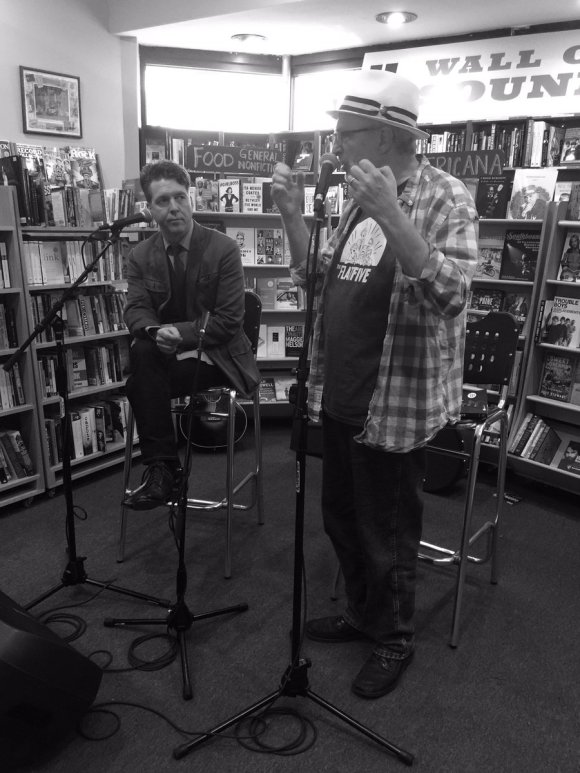 What a swell time was had Thursday at Howlin’ Books, part of the Grimey’s record store empire in Nashville. A great crowd including Milk Carton Kids’ Kenneth Pattengale, Ernie K-Doe biographer Ben Sandmel and Dwight Yoakam biographer Don McLeese responded warmly to Lloyd Sachs’ comments about his subject, his reading from A Life in Pursuit (“a vibrant and colorful portrait” – No Depression) and his Q&A with Joe Henry.

And how could those in attendance not be lifted by Henry’s heartfelt salute to his great mentor and friend via performances of two classic Burnett compositions: “Kill Switch” and “Shake Yourself Loose”?

Here is a  link to video of “Shake Yourself Loose” taken from the audience and posted on Facebook by Chris Willman.

T Bone Burnett: A Life in Pursuit officially releases October 4 from University of Texas Press. but is on the shelf at Howlin’ Books and Parnassus in Nashville and is orderable or pre-orderable now from online sites including Amazon and UT Press.